Sometimes referred to as “the art of eight limbs,” the martial art uses eight points of contact where the body actually mimics weapons – hands become a sword and dagger, for example, and the elbows can act like a hammer or a mace. This form of Thai kickboxing uses the entire body – and the mind – just one of the reasons its popularity continues to grow globally, and locally in Milwaukee, Wisconsin at Roufusport Mixed Martial Arts Academy. Interested? Here’s a quick link to our > > > > Class Schedule.

Why is Muay Thai such a hot trend in martial arts, sports and fitness right now? The reasons are as convincing as the movements themselves.

The best mixed martial artists incorporate Muay Thai in training and competition. The intense combat sport translates perfectly into the MMA arena, where combatants use their entire body to defeat an opponent. As more individuals see their favorite MMA fighters use Muay Thai to train, they become interested in checking out the discipline, as well. Likewise, kickboxers also swear by the benefits of Muay Thai training to enhance their regimen. The more attention Muay Thai draws, and the exciting training style of the art, the more men and women are signing up for their first free lesson at Roufusport.

Muay Thai is unique among martial arts. Unlike tae kwon do and karate, for instance, which only allow the use of kicks and punches, Muay Thai permits the use of the knees and elbows, as well, giving practitioners more flexibility in striking and combat options. It is simple and it is very effective. 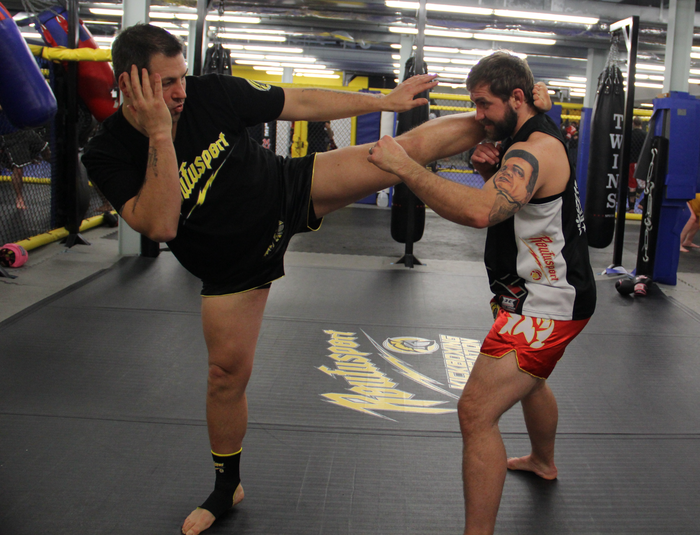 Muay Thai practitioners are in amazing condition. Training for Muay Thai can involve body weight exercises, kicks, thrusts, punches, jump roping, shadow boxing, running and more – just one of the reasons that anyone who practices this sport will get in good shape in a short time. It is a head-to-toe, inside-and-out workout with impressive and visible results.

Muay Thai offers high-quality training opportunities. Roufusport’s Muay Thai instructors offer some of the most powerful training available. Muay Thai training is focused on making students better people all around – mentally, physically and emotionally. It also teaches important skills such as discipline, respect, power, focus, mindfulness and decisiveness that can translate into the real world.

Muay Thai is for everyone. Believe it or not, Roufusport offers classes, levels and options for everyone – men, women and teenagers, those in great shape and those just hoping to get into shape, martial arts fans and newbies to the sport. Check out a variety of options for any level or interest.

Muay Thai teaches effective self-defense techniques. With the entire body capable of being used as a weapon, anyone who dabbles in Muay Thai will learn how to protect him or herself in a virtually any situation with confidence and strength. Not only practical, learning self-defense can boost self-esteem, safety and comfort, no matter where you live or what you do.

Muay Thai is a hit in popular culture as well. The combat sport has been featured in movies, TV shows, video games, anime, manga and more. Muay Thai has been a part of movies such as “Bloodsport” and “Born to Fight,” as well as, TV shows including “True Life,” “The Real World/Road Rules Challenge” and “Fight Quest.” Video game fans get to use Muay Thai techniques in many of their favorite games, and more and more real-world celebrities are engaging in Muay Thai training in order to get in better mental and physical shape. Check out YouTube, blogs and podcasts for even more mentions of Muay Thai. 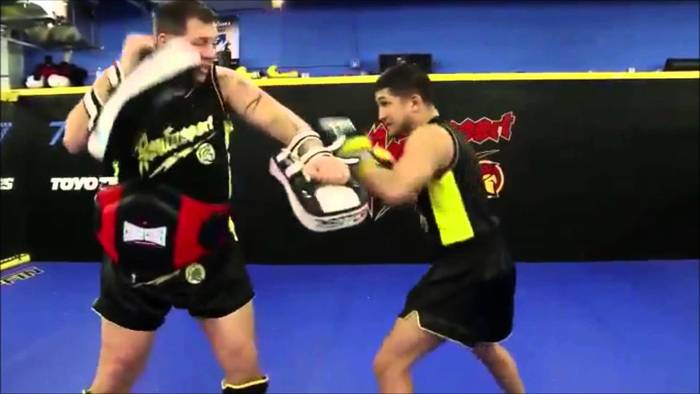 Muay Thai is the national sport of Thailand and has deep cultural roots. If you like your workouts to have meaning, Muay Thai has strong roots in the history and culture of Thailand – as a matter of fact, Muay Thai is the only martial art that includes a country’s name in the sport. The tradition has been handed down verbally from generation to generation, over 700 years of knowledge sharing! Even the esteemed king of Thailand gets involved in the sport. You can learn about warriors and an entire country simply by practicing Muay Thai at Milwaukee’s Roufusport, and connect to something bigger than yourself.

Muay Thai is the real deal. You can’t fake your way through this one – you have to really focus on what you’re doing, what you’re doing it and what comes next to be successful with Muay Thai. No one nows this better than Roufusport co-founder and head coach Duke Roufus, who has trained in Thailand numerous times at many of the country’s top Muay Thai camps, brought some of the sport’s Thai fighters to live and train with him in Milwaukee, and is widely regarded as one of the most knowledgable westerners teaching Muay Thai in the world today.

Today there are more gyms that offer Muay Thai training, more camps that focus on the discipline, and more specialized schools and programs worldwide. Further, the World Muay Thai Council governs a professional league of Muay Thai fighters, and more Muay Thai leagues are growing. For these reasons and many more, Muay Thai is one of the hottest trends in sports, training and fitness and why you should get started at Roufusport today.

Call us at (414) 453-5425 to schedule your first FREE CLASS at Roufusport or check our our awesome $29.99 5-Class Kickboxing & Boxing Trial Special below that includes a FREE pair of boxing gloves!