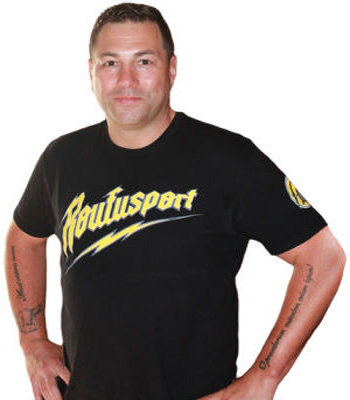 Welcome to Roufusport from Duke Roufus!

With over 40 years of martial arts experience Duke is a 4-time professional Heavyweight Kickboxing World Champion who is regarded as one of the “most knowledgeable American’s on Muay Thai Kickboxing,” and is widely considered one of the world’s top Striking/Kickboxing and MMA trainers.

Duke Roufus started training in martial arts at the age of 4 and is the younger brother of legendary Kickboxer Rick “The Jet” Roufus.

Following his retirement, Duke Roufus became one of the most recognizable MMA and striking coaches in North America, and is considered to be one of the top trainers of Muay Thai Kickboxing outside of Thailand.

Roufus has also served as color commentator for Glory Kickboxing on SpikeTV, K-1 on ESPN2, and has appeared on TSN in Canada, Walker Texas Ranger, and Fox’s Best Damn Sport’s Show Period. In January 2003, he was named one of Milwaukee Magazine’s “50 People You Should Know.”